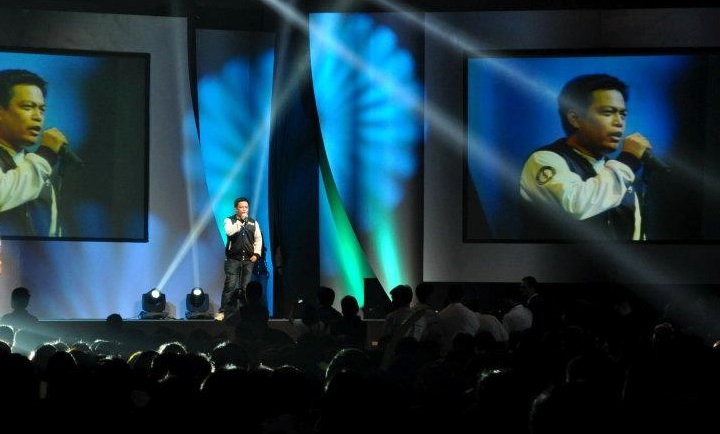 Have you ever felt like it’s taking you forever to make progress? Have you experienced playing out all the scenarios in your head for so long you ended up getting exhausted without having done anything yet to get you out of your situation? I was in a similar scenario a few years back…After working for almost 9 years as IT consultant, enduring all the stress and demands of work, I finally got fed up.  I wanted CHANGE to happen in my life.

Way back 2003, I read the book Rich Dad, Poor Dad and it started to CHANGE the way I viewed the world of money.  I felt like a new door was opening right in front of my eyes…and I was beginning to enter a new world I never knew before.  Ever since then, I’ve read lots and lots of books by the same author Robert Kiyosaki.  When I got sent to the US for a 6-month stint in my company, believe it or not, my “balikbayan box” was full of books about financial literacy like Multiple Streams of Income, Nothing Down, and other books by Robert Allen.  I even bought my own Cashflow 101 Board Game (around P10,000 when converted to peso) at that time.  I was a business book junkie.  I was reading up a lot on business.  But I had nothing to show for it.

Over the years, after coming back from the US, I was still reading up on a lot of business books.  It became like a hobby for me that whenever I went to the mall, I would always checkout what’s new in the bookstore.  That went on for years…when I resigned from my first job and pursued a career overseas, going to bookstore became more frequent.

After a while, I felt like I was getting nowhere.  I had these gazillions of ideas in my head it was about to explode.  And still…I had nothing to show for it.

When I came back to the Philippines in 2009 after my 2 and half years stay overseas, I started to get to the next level of learning.  From reading books, I then went on attending seminars.  My wife and I were beginning to explore how we would be able to grow the money we saved up from overseas.   We first attended Bo Sanchez’ Truly Rich Seminar.  The funny thing was, we were already a member of the Truly Rich Club at that time and we already had a video recording of the same seminar.  But I insisted to attend the same seminar in person.  That’s when I first met brother Bo Sanchez.  It’s true, when you get to meet the people you look up to, you get star-struck a bit.  My wife and I then attended the Truly Rich Financial Coaching…and then months after, the Truly Rich Entrepreneur’s Workshop.  I went on to enroll in Jomar Hilario’s Online Mentoring Program afterwards. I also attended Money Summit and Wealth Expo seminars almost every year.  There are lots of other seminars and workshops I’ve attended since then. You could say I was a seminar junkie, or what my friend would call a “seminarista.”  Again, at that point, I still did NOT have anything to show for it.

I was starting to get frustrated with myself for not being able to put them to use.  I was NOT able to apply the knowledge to create financial results for me.  I felt like my patience was really being tested.

I started to feel DISGUSTED with my lack of results.  I was AFRAID of failure and of what others might say, but the lingering feeling of DISAPPOINTMENT and FRUSTRATION was now BIGGER than my fear. At that point, I could finally say to myself ENOUGH is ENOUGH, I was now willing to accept the consequences of whatever decision I made.  Whatever ACTION I made, even if it FAILED, I would still LEARN something.  ANY KIND OF RESULT, EVEN IF IT IS FAILURE, IS BETTER THAN NO RESULT AT ALL.

TIP #1 – Be Disgusted With Your Current Results

There’s just one thing I know that can get you out of your COMFORT ZONE…You have to be DISGUSTED with what you have and where you are RIGHT NOW…You have to tell yourself this is NO LONGER OK.

That helped me get the courage to start something.  Back then, my wife and I were looking for a SAFE investment…and the safest we could try was in Retail Treasury Bonds (RTBs).  We got a 7% interest rate.  We invested a portion of our porfolio there…and that started it all.  The next thing we know, my wife and I were already investing in real-estate…and then in stocks…and then moved on to other more rewarding ventures afterwards.

It’s true, until you feel like you’re still ok with your situation, the easier thing to do is ignore it.  Most people want to do something to change their situation.  But reality sinks in.  They say, “I need this job to pay my bills.” Or say to themselves silently, “perhaps, this is not so bad…I can still ENDURE this.”

It is a trap.  They say most companies pay just enough so that their employees won’t quit their jobs, and employees do just enough in order not to get fired.  It’s a sad thing to think that you are not giving it your all in something.  We only live once.  The day you feel like you don’t have a choice is the day you lose your freedom to live the way you want it.

You must first come to grips with the reality that YOU WANT SOMETHING BETTER FOR YOUR LIFE.

Unless you can say to yourself that this is no longer working…and ENOUGH IS ENOUGH, you have not reached the point where you are convinced that you NEED TO DO SOMETHING DIFFERENT to change your situation.

But something was still missing. It took me quite some time to figure it out.  I was already investing in stocks, bonds and real-estate…but I felt like my learning was lacking in something I couldn’t put my finger on.

I was COMFORTABLE with what I had…a nice job, a beautiful wife, a stressful but financially rewarding career, but I felt like there’s more out there I haven’t been able to reach. After a while, you will get to the point where you have STOPPED DREAMING…and the HUNGER is gone.

I remember watching Steve Job’s commencement speech in Stanford say, “Stay Hungry…Stay Foolish.” I did not get it at first.  I wasn’t sure why you had to stay hungry…and why stay foolish? But when I got comfortable, I came to realize that life can be so BORING if you don’t have DREAMS to pursue anymore.  Staying HUNGRY is the key if you want to succeed.

One of my mentors, Simon Chan said, “Success is a let down, the thrill is in the pursuit.”

Don’t get me wrong.  I am NOT ultra-successful yet.  It just so happened that I had SMALL dreams…and they were starting to get fulfilled one by one.  I was someone who was easy to please and did not need to have a lot of things to be contented.  I learned later on that the key is to be contented with what you have…but never be contented on who you can become.

Being disgusted with what you have NOT only applies to a life of hard reality.  You need to be disgusted, even if you’re already comfortable, by realizing that YOU HAVE YET TO FULFILL YOUR FULL POTENTIAL.  Your disgust will PUSH YOU up to your dreams…but you need BIG DREAMS as well, to PULL YOU UP!

BIG DREAMS gives you the energy to get up in the morning with a spring on your feet.  It gives you that EXCITEMENT to look forward to the future with hope.  BIG DREAMS gives you something to pursue and realize your highest potential.  Sometimes, it’s not even so much about being able to reach for your dreams…it’s also about WHO YOU BECOME in the process of reaching for it.

Some people put off doing something because they are waiting for PERFECT TIMING. Here’s the truth.  There is NO PERFECT timing.  The traffic lights will not be green all at the same time.  You have to just do it.  The path to success is a zigzag, not a straight line.

All successful people have one thing in common – they have STRONG BIAS TOWARDS ACTION.  They love acting on their ideas.  Even if it fails, they are still grateful.  The famous inventor Thomas Edison was asked after inventing the light bulb on his 1,000th try…he was called on to the 999 failures he had before, to which he responded, those were not failures…each of those, he said, was one way he found out how NOT to invent a lightbulb.  He was not afraid to fail, for he knew that each result was a step in the right direction.

Sometimes, the fear of failure is only inside our minds.  It’s uncanny how people are able to do the same ordinary things easily without pressure…but when pressure kicks in, all hell breaks lose.  There’s getting your memory blank when asked a 30-second question on national television.  There’s the time when you can’t sleep the night before a big event for fear of not being able to wake up on time.  There’s the heart beating so fast you can’t hardly think straight upon meeting the girl of your dreams.

Nothing changed in the situation except how you made it BIG in your own mind.  The thing is, you can always change how you think of it, it is after all just inside your mind.  You have CONTROL over it.  Make it ordinary.  Have faith.  Sometimes, all you need to do is close your eyes, and let go.  Just do it.

P.S. Tired of the results you’re getting? Do you feel you deserve more if only you are able to channel the same dedication and commitment to something more financially rewarding? Do you want to take action now and CHANGE your life for the better TODAY? CLICK here to email me. Let’s schedule some time to discuss and see if we can work something out to help you stop analyzing and start getting towards your dreams.

P.P.S. If you want to get to know me better, you can still add me as friend through my personal page at http://www.facebook.com/akosiallan.  I can still accept up to 3,100+ friends until Facebook stops me from adding some more.  If you only want the business tips, you can like my Facebook Fan Page @ http://www.facebook.com/allaninocente and receive tips from me there.